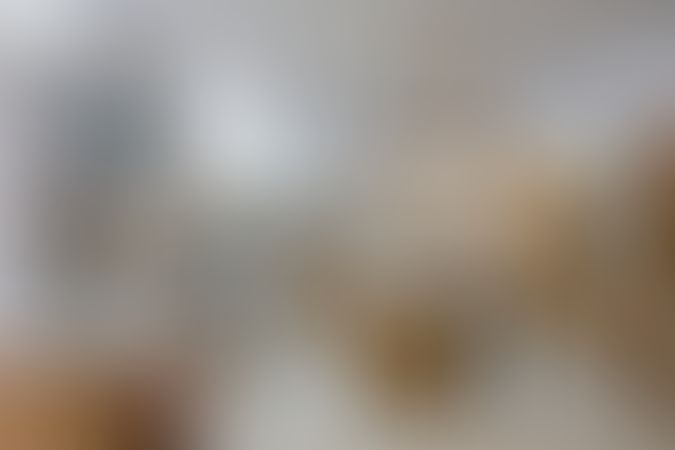 With before & after images inside!

Basic is the best kind of beautiful.

If a house is a body, the kitchen is its soul. Hence, even a simple kitchen design makeover changes the energy of your home in far-reaching ways. So, when Dr Balaji and his wife Mythili were looking for an interior designer to remodel their 5-year-old modular kitchen in their sprawling villa, they had very specific requirements. But above all, they were looking for professionalism and reliability.

That is when they met Livspace Designer Samhitha Nagasamudra. They connected at once and she gave suitable solutions for the renovation of their kitchen. The rest as they say, is history! The kitchen design is essentially simple but exceedingly functional. There are no flashy elements in the kitchen but it exudes a natural charm, thanks to a transitional style that is both modern and basic.

While the original kitchen was spacious, it suffered from a scarcity of natural light and air circulation. It was an open kitchen with basic modular cabinets. The kitchen was connected through a door to a rather large utility area, adjacent to which was a restroom intended for the use of household helps. For Mythili, both the utility and the extra restroom were dead spaces that were not being used. She wanted the kitchen to extend and include these areas as well.

Speaking of continuity, as the kitchen has an open design, it was imperative for it to match the look and feel of the rest of the house. The villa is rife with veneer and dark wooden finishes. Thus, a lighter shade of wooden finish is used for furnishing the kitchen. This makes the remodelled kitchen fit seamlessly into the house while retaining a distinct look; it is similar but not identical to the other parts of the house. Even the tiles for the backsplash have been chosen accordingly.

Under The Same Roof

There was a difference in ceiling height in between the kitchen, the utility and the restroom. Moreover, the kitchen already had a false ceiling; breaking up the false ceiling did not make sense as it would unnecessarily stretch the budget. The biggest challenge for the designer here was to bring everything under the same roof without damaging the existing false ceiling in the kitchen. Samhitha managed to do this with impeccable simplicity by adding a rafter to the extended area that evens out the difference in ceiling height.

The original kitchen had only a small window that couldn’t take advantage of the abundance of natural light pouring into their property. In the new design, Mythili ensured that the problem of lighting was remedied by opting for two large windows on either side of the chimney. Apart from this, the kitchen also has a fiberglass French door to facilitate cross ventilation. The kitchen has lights fitted into the false ceiling and two pendant lights as well for a touch of softness.

The redesigned kitchen has all the modern accessories like wicker baskets, tall cabinets with appliance units, pantry-pull out and various drawer accessories. Membrane finish shutters help to give the kitchen a natural look. The carcass cabinets are made of DWR. The kitchen also includes a cabinet with a metallic shutter that is used as a crockery unit.

“Dr. Balaji and Mrs. Mythili Balaji had a very clear idea about how they wanted their kitchen remodelling to progress. They were already living in the house when we renovated their kitchen but they cooperated with us at every step.”
– Samhitha Nagasamudra, Interior Designer, Livspace

If you enjoyed reading about this kitchen makeover, also read A 14-Year-Old Kitchen Gets An Unrecognisable Makeover. 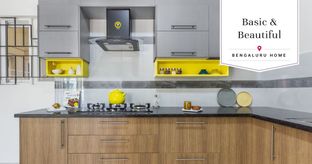 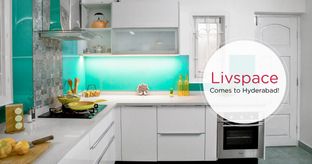 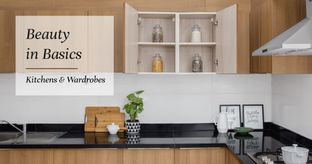 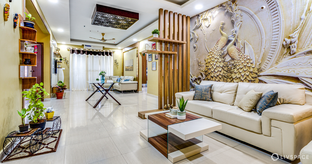 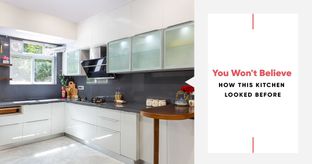 From Closed & Dull to Open & Stylish 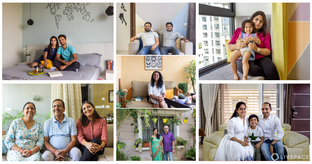 A Glimpse of Bengaluru #LivspaceHomes 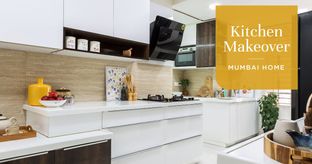 A 200 Sqft Goregaon Kitchen Gets a Facelift 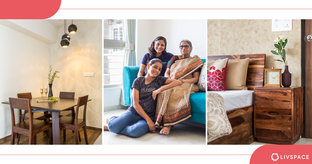 An Urban Revamp for a 2BHK in Mumbai 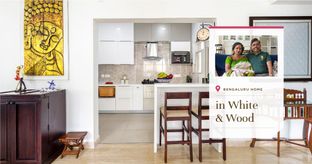 A Simple 3BHK at Mahindra Windchimes