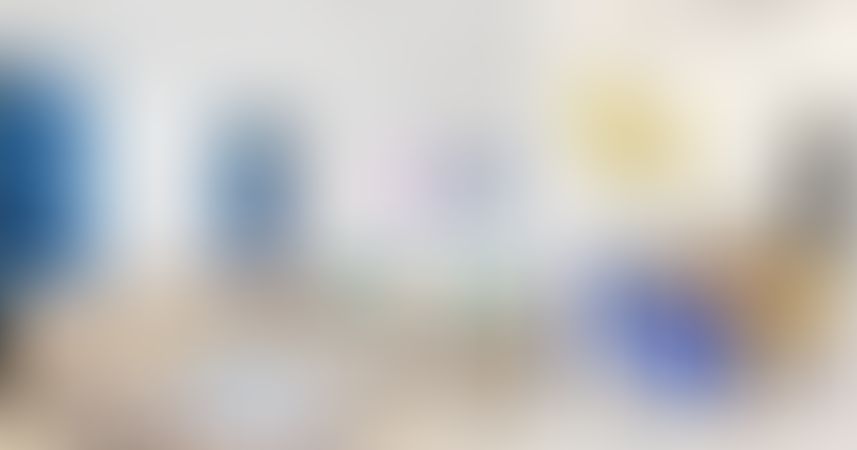 A Sophisticated 3BHK at Lotus Boulevard, Noida Flush With Splashes Of Colour

The Bakshi clan were truly exasperated with paying exorbitant rents in Noida. Why not purchase their own home and simply pay out the instalments instead? Lotus Boulevard, in a developing neighbourhood of Noida, fit their bill: the houses were spacious and it overlooked a lush green park.

Debdatta Bakshi and her sister Debjani Bakshi live together with their parents. She admits that with both their husbands — Rajiv Mondal and Prabal Das — out of the country for most of the year, she treasures the company of her folks, sister and niece.

Despite the new home being Rajiv and Debdatta’s starter home, Debdatta wanted the current residents to be fully involved with the nitty gritty, which is why Debjani and her daughter Ivanshika have their very own lilac bedroom. Debdatta, an expecting mother, admits she hopes to convert this room to a nursery one day but right now the sister and niece snuggle up to each other every night.

When Livspace designer Varsha Wahi sat down with the family to chalk out their individual needs, she was surprised to learn for a large family their aesthetics were all in sync. The focus was on keeping their home spacious. Suranjan Bakshi, Debdatta’s father, insisted on crisp whites dominating their walls. Rajiv on the other hand, from Nigeria via calls and emails, would insist that the white canvas had to be splayed with some color.

A crystal chandelier, opulent and rich in detail, pairs well with the minimalist TV unit.

A simple TV unit with white panelling and grey tinted glass shelves take centre stage on the wall opposite the living alcove. The cappuccino damask wallpaper matches the cappuccino button tufted couches and gives the space an ethereal feel.

For a large family like theirs, the dining area was obviously a huge focus: it’s where they unwind over meals. A simple solid wood dining table with plush upholstered chairs in peachy melon and a wooden bench ensures the entire Bakshi clan can gather.

Since the Bakshi sisters are young and entertain quite often, a bar unit was a given. A mirrored panel above the counter grabs eyeballs because that’s the first thing you see when you enter the home.

The only point of contention was the exposed pendants hanging above the dining area. The Bakshis wanted a ceiling fan to combat Noida’s heat but Varsha convinced them to trust her instinct. Debdatta says she’s glad she gave into Varsha’s good sense.

A simple shoe rack is prettied up with floral upholstery and camouflaged into a bench.

On the only bare wall in the dining room, Rajiv wanted charcoal grey paint. Pretty white shelves give the Bakshis an opportunity to show off a selection of curios.

The orange accent wall adds a dash of vibrancy to the otherwise sombre scheme in the master bedroom.

In the master bedroom, Varsha stuck to the crisp white scheme but relented and gave Rajiv a vibrant orange accent wall. Slim floating shelves found their way onto the wall. A chest of drawers in cherry completes the look.

Ivanshika, Debdatta’s niece loves the upholstered daybed by the window and refuses to sleep on the bed. The lilac and olive tones of the room ensure the little one sleeps well.

Debjani wanted lilac to dominate her bedroom since Ivanshika loves any shade of purple. A slate button-tufted headboard pops against floral panelling.

Parents, Subhra and Suranjan’s room is also dominated by crisp whites, a simple bed and wardrobes in deep browns to offset the white. But the highlight of the room is the hanging mandir in sandalwood and brown.

An off-white granite countertop soothes the eye since the cheerful blackcurrant shutters jump out of the kitchen. Frosted shutters above help break the monotony of the solid color.

The kitchen is obviously a hotbed of activity. So it had to be fully modular. Debdatta knows with such a large family, the countertops would get crowded, so she specially asked for a roller shutter to be installed to hideaway any unsightly clutter. An oven was crucial too since the Bakshis prefer to grill and bake instead of sauteing and frying.

Debdatta says she’s so overjoyed with her new home that when Debjani does move out, she and Rajiv intend to convert the lilac room into a nursery for their baby. She doesn’t bat an eyelid when says she’ll have no one but Livspace do it.

I’ve been designing for 6 years now and Debdatta Bakshi has been by far the best client. She and Rajiv were highly involved in the entire process. But the best part was when we sat down to finalise the finer details, and we wrapped it up in a single day! In all of my experience, that has never happened. 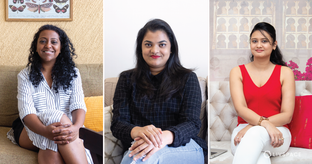 Inspiring Stories of Women Who Got Their Dream Home Interiors 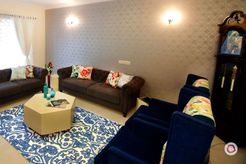 Old Meets New In This Bangalore Sea Of Blues 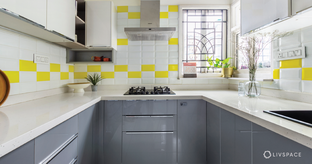 How Did Our Designer Fit Everything Into This Small Space? 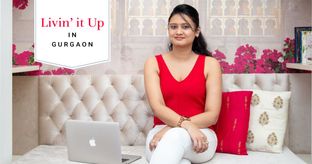 A Home Befitting a Fashionista 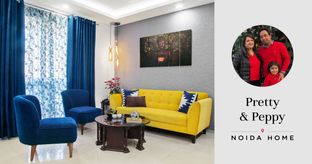 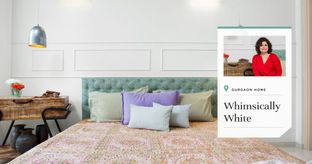 A Classy Home Filled with Whites at Emerald Hills 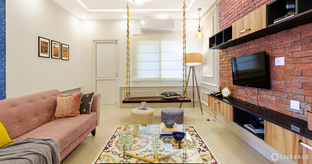 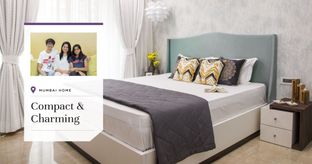 First Look: This Home Gets Cheery Pops of Colour 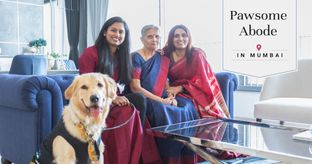 This 3BHK at Oberoi Esquire is Classy 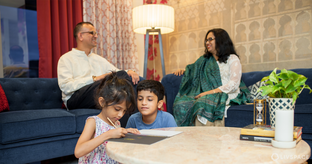 Can You Personalise Rooms While Using the Same Furniture?