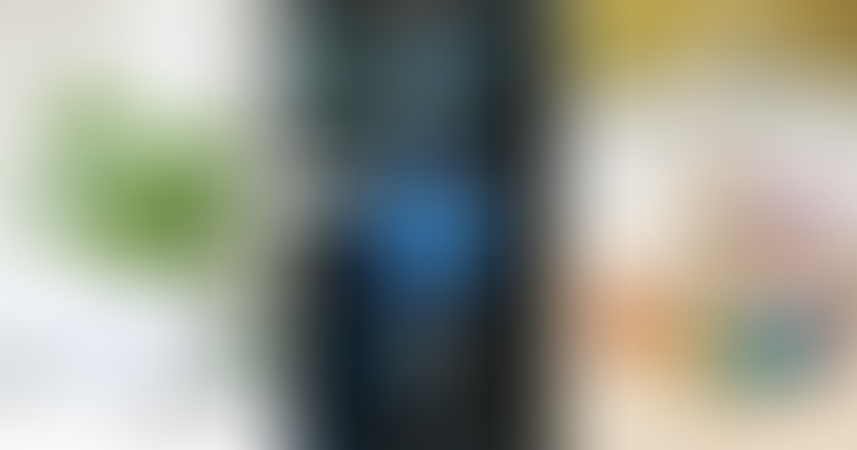 Indians take the effects of superstitions in India quite seriously. Here are a few Indian superstitions that can help you bring good fortune to your side.

#1: Get a Vastu-Compliant Home

Also Read: 15 Vastu Shastra Tips To Help You Stay on the Right Side of Luck

If we’re talking about superstitions in India, we can think of how we avoid the number 8 or its use of it in our households. That’s because eight is considered the day of Shani – the lord of Karma. Thus, it is better to avoid his watchful eye in the home. Number 3 has a bit of conflict about it as well – some say it’s not lucky for couples or families, while others consider it neutral. Three is the number of Lord Shiva, the destroyer and thus, avoiding it when it comes to property purchases is best!

#3: Book Your Home on a Sound Numerological Day

Numerology and Astrology in India go hand-in-hand. Thus, it is best to look at both factors before signing any bonds, that entail launching a new product or even buying a new property. You can consult an expert who can help you find an auspicious day. If not, any festivals that denote joy are also good days to buy a property. Additionally, Thursdays are also considered lucky for making property purchases.

#4: Decide on an Auspicious Day for Shifting to a New House

Most Indian house warming dates are made in consultation with the family expert. This is because an auspicious day for shifting to a new house can vary according to the Hindu calendar, astrology and numerology. Since there are too many factors at play, it is best to consult an expert on the matter.

Thursdays are considered to be the days of Lord Vishnu according to Hinduism. He is the lord of preservation and hence, Thursday is considered a good day for house shifting. However, do avoid moving in on Fridays or Saturdays without consulting your priest.

#6: Crack the Coconut as Part of Your Indian House Warming Ritual

After deciding on a good day for house shifting, make sure to crack the coconut on your doorstep. It is a symbolic offering made to gods to appease them.

#7: Bring in Your Gods First

Indian superstitions believe that no work is undone if the Gods stand by our side. For the same reason, most people believe in walking into their new homes holding god idols or holy books. You can do the same as part of your house warming ritual. There is no harm in trying, right?

#8: Step in With the Right Foot to Keep Up With Indian Superstitions

The right side of the body symbolises the spiritual side, while the left is the material side. To avoid squabbles and chaos related to money matters, step in with the right foot.

Spilt milk is not considered lucky. However, the only exception is on the good day for house shifting. Overflowing milk is considered a symbol of abundance and prosperity in this case. Thus, make sure to boil milk on the auspicious day you move to your new house.

#10: Ward off the Indian Superstitions of Nazar

The Indian superstition of Nazar is widespread. Nazar is the collective curse of other people who may wish you ill. Thus, to ward it off, the evil eye amulet (right) or the lemon chilli string is quite effective. Use seven chillies with one lemon to ward off evil. You can DIY it at home.

#11: Enjoy the Good Effects of Superstitions in India With the Elements of Nature

Traditional Indian house warming ceremonies start with a pooja. The ingredients require the five elements to be present symbolically. According to Vastu, this implies that the five elements are present in the house. They need proper alignment to bring happiness, good health and prosperity.

#12: Make Good With That Indian Superstition List by Holding a Feast

Serving food also attracts abundance. Thus, plan a menu in advance and don’t forget to offer food to the priest. Also, if you are keen, you can add prasad to the list of your offerings. In Hinduism, vegetarian food is preferable. However, you can customise the menu according to your wishes.

#13: Carry a New Broom to Comply the Superstitious Beliefs in India

Old brooms carry negativity from your old space. Thus, throw out your old brooms and bring new ones when you are moving in. A new broom also symbolises a fresh start. However, do not sweep the floor after sunset as it can hurt you financially.

According to multiple Indian superstitions, salt has purifying abilities. Thus, it is used even in rituals extensively for the same. It is believed that sprinkling salt in each room prevents evil spirits. You can also mix it into your floor cleaner and sweep the floor. The possible scientific explanation behind this is that salt has antibiotic qualities. So, it can’t hurt to try, right?

#15: Bring Your Roots With You

This is an Indian superstition that takes after the West. It is believed that carrying Church soil can bring you good luck, as it is blessed. Thus, the same applies for any religious space. Hence, it is instructed that you bring a handful of soil from the temple to bring good luck to your new home.

#16: Get Vastu-Compliant Plants to Keep Up With Indian Superstitions

Plants can bring in good luck into your home. According to Indian superstitions, basil is the go-to plant. To bring financial prosperity, you can opt for a money plant. You can also go for a neem tree, banana plant or lotus plant.

Ants can be seen as pesky intruders. However, black ants are considered lucky. Their presence denotes a sharp rise in wealth for the homeowners. If you are still bothered by them, you can lure them to your balcony with a mixture of water and sugar.

This one has some explanation behind it. The position for sleeping is considered either East or West. Vastu Shastra even recommends that you sleep with your head facing the South. Don’t sleep facing the North direction. It conjures bad luck for your finances in the long run.

#19: Use Mirrors Wisely When It Comes to Indian Superstitions

Mirrors are double-edged. You can use them to amplify luck and vice versa. For one, do not place the mirror right in front of the bed. Mirrors are considered portals to the spirit realm. Thus, keeping them in front of you makes one vulnerable according to Indian superstitions. However, you can place the mirror as you enter the house to amplify good luck on entering the home.

#20: Strive to Make a Vastu-Compliant Home

Vastu Shastra follows the rules of design and measurements along with the secret ingredient – astrology. Thus, if you want to get the beneficial effects of superstitions in India, Vastu is the way to go.

Fishes symbolise wealth and good luck in many cultures. Thus, it makes sense to have them in your home. Elephants also denote good luck, power, wisdom and fertility. Thus, make sure to ensure they are in your home decor list to bring you good luck.

#22: Beautify Your Home With Crystals

#23: Invite Good Luck In With a Clutter-Free Home

Clutter in the home always attracts negativity. Thus, use that new broom and sweep away all the negativity. A clutter-free home invites positive vibes and wealth in the house. So keeping it spick and span is the ideal way to go according to Indian superstitions.

#24: Hang That Horseshoe on the Main Door

The horseshoe is a popular lucky charm. It brings peace, luck and protection in the home. The ideal place to hang it is on the main door. You can get many custom designs made as the one seen above too.

The pooja room is associated with luck and prosperity in the home. Thus, it makes sense to keep the pooja room clean. One other thing that may favour your luck is burning incense in the room. The smoke clears out the air while acting as a fragrant. This is to ward off evil spirits. You can also go one step further and use sage bundles to cleanse your space and aura.

The peacock is the sign of mysticism and luck in Hinduism. Closely associated with Lord Krishna, many believe that keeping a peacock feather brings them luck. Thus, you can use them as a decorative element. However, make sure that the feather is ethically sourced.

#27: Bring in the Om Symbol to Enjoy the Good Effects of Superstitions in India

Wind chimes are another global example of things that attract good luck. Both Vastu and Feng Shui agree that they attract positive energy and suppress bad luck – hence, killing two birds with one stone. The gentle tinkling sound they produce builds a positive aura.

Running water in the home can help you bring in more positivity, luck and prosperity. The sound of flowing water is also calming along with helping positive energy flow in the house. If you cannot add flowing water in any way, consider getting a painting where water is in a constant state of motion for the same effects.

#30: Think Through the Position of the Clock

We all want time to be in our favour. Hence, position the clock either on the North or the East wall. Do not place the clock on the West side, as it is the direction in which the sun sets. Similarly, avoid placing a clock in the Southern direction too.

Now that you have learned something about Indian superstitions, we recommend you take a look at how to balance the ‘Chi’ of every room in your home?

How Can Livspace Help You?

We hope you found our ideas useful! If you want beautiful interiors for your home, then look no further. Book an online consultation with Livspace today. Have any thoughts or suggestions you’d like to share with us? We’d love to hear you out. Write to us at editor@livspace.com. 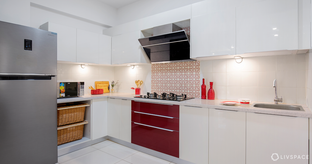 10 FAQs That Will Help You Design The Perfect Indian Kitchen 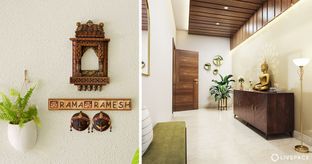 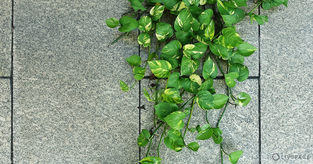 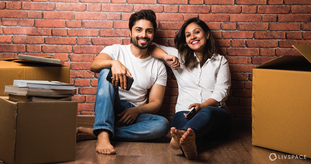 An Easy and Comprehensive Checklist to Help You Shift to Your New Hous... 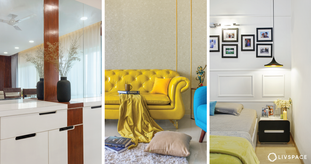 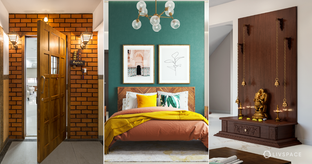 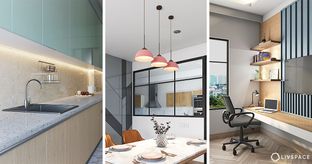 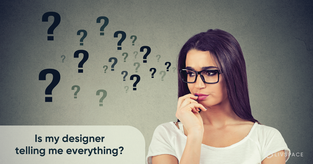 Top 5 Things You Should & Shouldn’t Argue With Your Designe... 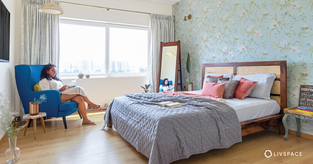 10 Most Important Questions on Interior Design in India Answered 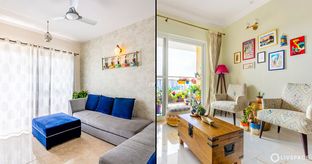